North Carolina’s unemployment rate has dropped from the 10.9 percent 2010 high we experienced following The Great Recession to 4.0 percent in October. But that’s not uniform across the state. The low was Asheville’s 2.8 percent and the highs were Fayetteville’s 4.8 and Rocky Mount’s 4.9 percent.

Perhaps a more significant number is what these workers earn. The Brookings Institute published a report in November showing that 53 million workers between the ages of 18 to 64 - approximately 44 percent of the work force - are working in low wage jobs. In our state Jacksonville reports 61 percent work in low wage jobs, Fayetteville has 52.9 percent, Goldsboro is 53.1 percent, Rocky Mount has 49.4 percent and New Bern is 47.4 percent. More urban areas like Raleigh have 38 percent, while Charlotte-Concord-Gastonia is 41.7 percent and Winston-Salem reports 44 percent. Brookings further states median hourly wages of these low-wage workers is $10.22, with median annual earnings of $17, 950.

A deeper dive into the statistics reveals low wage earners are disproportionately female; Black and Latino/Hispanic workers have rates higher than their percentage in the workforce. Nearly 40 percent are ages 25-54, with a high school diploma or less. Their jobs are in retail sales, food service, janitorial and personal care sectors.

I’ve given you more statistics than you want, but several points are notable. The most obvious is that low-wage workers need to earn more money. Is this the justification many claim for raising the minimum wage? Probably, but I’m not ready to jump on the $15 per hour bandwagon. Anything that raises business costs is generally accompanied by customer price increases. Since we haven’t had minimum wage increases in some time a jump to maybe as high as $12 seems reasonable.

A corollary debate is that workers must make themselves more valuable to employers, and the pathway to added value dictates that more than a high school education is necessary. We must provide more skills training. Instead of cutting funding for the highly successful early college high schools, where students get both their high school degree plus college credits toward an AA degree, we need to increase that funding. These students score better than the average on test scores and will bring an estimated $92 million in increased lifetime benefits to society. And the state could redirect some of the corporate recruitment tax breaks to begin a program where we supplement paid internships, increasing that supplement if the student is hired full time.

And this discussion cannot conclude without talking about the great need for affordable housing, especially in urban areas. The rising economy has escalated land costs to a point where increased rents make low-income wage earners seek housing 30 minutes or more away from their workplace. The average cost to rent a two-bedroom apartment in our state is now $909 a month. In Raleigh it is $1,284 and in Charlotte it’s $1,560. Do the math. If you make $10 per hour your monthly income is $1,734 per month. Affordable housing is defined as no more than 30 percent of a person’s or family’s income. At that income you could afford $520 per month, so it would take two wage earners just to pay the average.

The bottom line is that we need both wage increases and more affordable housing. Dear Santa, these are on our Christmas wish list. 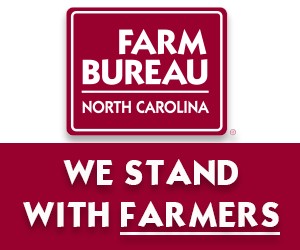