It's our tax dollars, not the prize patrol. Legislators should show respect

It’s Christmas time in North Carolina and some state legislators have decided they can play Santa Claus – with the taxpayers’ money.

Across the state members of the General Assembly – mostly Republicans – are appearing in photo opportunities with giant checks they’re presenting to local government agencies, area universities, community colleges, health providers, other non-profits and entities fortunate enough to be objects of legislators’ largesse.

Republicans, who once decried these localized goodies as “pork barrel” spending in the days when Democrats controlled the legislature now give them a more genteel moniker – “earmarks.”

No matter the label, it is taxpayer dollars given out at the whim and will of local legislators. There’s no open legislative process to examine the need, worthiness or appropriateness of the agency receiving the taxpayer funds. Nor is there an opportunity for other worthy causes and needs – those that may not have the obvious requisite partisan or political connections or simply missing from a legislator’s radar – to merit funding.

There is an estimated $3.1 billion in funding for pork barrel projects in the latest budget. Much of it is distributed based on politics more than need. Cleveland County, home to Republican House Speaker Tim Moore, and Rockingham County, base for GOP Senate Leader Phil Berger, will be receiving a combined total of about $200 million for local projects. The two counties together have a population of about 190,000. Wake and Durham counties – represented mostly by Democrats and with a combined population of about 1.5 million -- is getting $124 million.

One of the largest allocations in the state budget for treating those with substance abuse disorders appears to have received little scrutiny or notice – but happens to be in a powerful Republican legislator’s district.

In the Robeson County district represented by Republican Sen. Danny Britt, about $10 million in taxpayer funds is going to a program for substance disorder treatment. However, the church-related nonprofit Hope Alive Inc., appears to have no experience in the treatment of addiction-related matters.

Don’t think for a second that legislators aren’t treating this money as if it is their own. Just look at the checks they pose with. The don’t say the money is from the people of North Carolina. 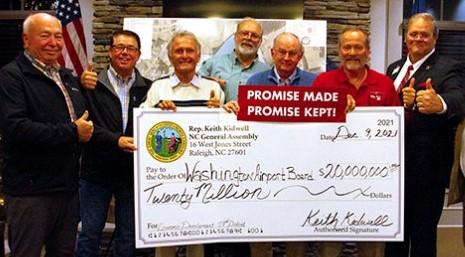 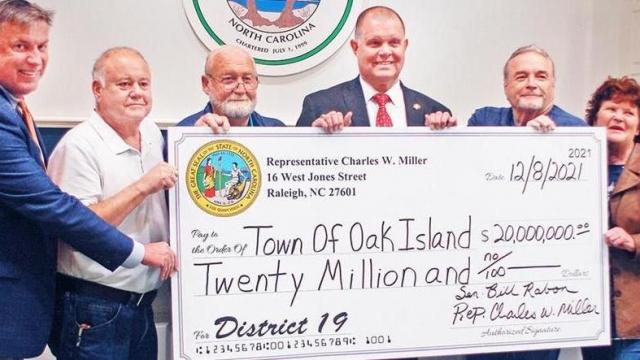 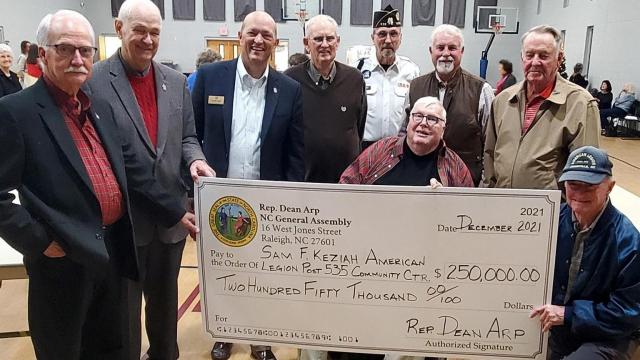 Let’s be clear. The issue isn’t so much whether the particular projects are, or are not, worthy causes.

There is little oversight of the spending of these public dollars – a matter of concern for decades – including an admonition 34 years ago from then State Auditor Ed Renfrow who said these local appropriations were often considered “’gifts’ to local organizations which require no further accountability.”

More than three decades ago, former Republican Gov. Jim Martin decried this practice as no more than a way for the then Democratic legislative leadership to “discipline Democratic legislators to vote the way it tells them to vote.” A GOP legislator at the time, Rep. Margaret Keesee-Forrester of Guilford County was blunt. “You will be rewarded for being good and not being a rabble-rouser and making it difficult for us.”

It is not up to any individual legislator’s whim or will to determine whether or not a project gets taxpayer dollars.

It is the taxpayers’ money – not pocket change for Phil Berger, Tim Moore or other legislative leaders – to be dished out at their pleasure.

There should be a deliberate and open system for writing the budget – not the closed, exclusive and secretive process it has devolved into where a $52 billion spending plan – the latest one nearly 1,400 pages -- is revealed by legislative leaders and passed in a couple of days with little opportunity for examination, review or debate.

Sure, this may be the holiday season. But distribution of taxpayer dollars deserves better than to be dished out in a manner more akin to a prize patrol or the antics of a dime-store Santa.