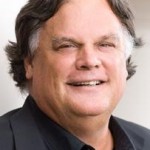 The wailing and whining following the closing of a University of North Carolina-based center has at least one fringe benefit: it underscores why the closing was  needed.

John Fennebresque, chairman of the Board of Governors (BOG) of the UNC System, in the News & Observer wrote: “Over the last five months, a committee of our board reviewed all 240 centers associated with the university system in an open and transparent process. We applied the same fact-based criteria to each center to evaluate the cost, financial sustainability, interdisciplinary reach and value to UNC.”

Let’s look at how cautious the board was. It closed three centers. Three of 240.

Pick any 240 enterprises, and a bigger percentage will flop. Eight of 10 new businesses will fail in the first 18 months. The BOG closed only one out of 80 centers.

Yet the action raised a clamor, with the loudest coming from the UNC Center on Poverty, Work & Opportunity at the School of Law.

“The members of the Board of Governors have demonstrated unfitness for their high office,” Poverty Center head and UNC law professor Gene Nichol harrumphed in the N&O. “Their actions represent a profound, partisan, and breathtakingly shortsighted abuse of power.”

But it’s the Poverty Center that has abused its status.

“After careful review of the Center on Poverty – which included an opportunity for the center director to fully describe its work – the board concluded the center was unable to demonstrate any appreciable impact on the issue of poverty,” Fennebresque wrote.

To see for yourself, look at the center’s website. It offers a shortage of original publications, especially in recent years. Nor does it unveil any significant cases in which it reduced poverty. If there were any major examples of the center’s success, rest assured its friends in the media would have trumpeted the news.

Moreover, the Poverty Center is at best a distraction from the university’s mission of educating students.

Consider Nichol himself. He makes a good salary, more than $200,000 a year at UNC – for teaching one law course per semester. That’s not much work, though, admittedly, he has at least kept himself out of poverty.

Is that the best way to further the university’s mission? Nichol reportedly is a good teacher. Yet he seems to spend much of his time not teaching but furthering the agenda of liberal groups, and using the good name of UNC to do so. And, in the Tar Heel State, that name is of immense value.

But what is most disturbing is the mindset this kerfuffle has revealed. The Left is outraged that representatives of the people dare to question an institution the people pay for. The nerve!

The center’s supporters say closing it was an act of repression.

Think of that: The public’s representatives ask a publicly supported enterprise to justify its existence. The enterprise fails to do so. Public support is withdrawn. That’s repression!

Real repression, however, arises when such a government-sponsored institution is beyond criticism or control. In other words, the people of North Carolina must never dare question something their tax dollars sustain, or something that supports our betters in the campus aristocracy.

Of course, history shows that, where public institutions are immune to review or revision, then repression is truly a danger.

The truth is that in a land of freedom, government-sponsored entities must undergo thorough scrutiny at all times. When those entities go off the rails or outlive their usefulness, they must be reformed or shuttered. Freedom can exist only when the people exert control over the institutions that act in their name.

In North Carolina, the UNC Board of Governors has taken a small step to restoring that vital authority. More such steps should follow.

Private business is constantly attacked by the left.

Government programs are ALWAYS protected by the left.

It matters not how corrupt, inefficient, useless a government program is, the left not only defends it, usually expands it, but when shown to be completely useless, they create ANOTHER program with the same goals and a new budget and new staff. NEVER will the left admit failure. It's just another excuse to expand government programs. Use the VA Health system and Obamacancer as perfect examples of the left's denial of failure and simply increasing government involvement/interference to protect themselves and their programs!

Imagine, someone in the private sector working a part-time job making over $200,000 per year. The left would be beside themselves with hatred, spewing forth from every liberal 'news' rag, with disgust, and calling for that person to be terminated. Of course, the left would also call for a government take-over of the institution that was willing to pay so much for a part time employee. The alternative to the left taking over the business: close it down!

However, when someone is employed on a part-time basis, being paid MORE THAN a full-time salary (with benefits and a generous retirement plan!), so long as that person SUPPORTS and WORKS FOR the expansion of the liberal agenda, then once again lefties come out in support of not just the person but the institution that ALLOWS such a fiasco. Corruption, failure to do ones stated job, failure to work full-time, working against the will of the people as expressed in voting results, wasting tax dollars while being told the budget has been cut to the bone, is protected by big-government liberals. Imagine how much teachers who actually teach 'full-time' in the public school system could be paid if only university part-timers were paid for the part-time work they do. Imagine how much these same public school teachers could be paid if more useless, wasteful, university programs were eliminated. Imagine how much benefit there would be to THE TAX PAYERS if university staff were forced to work a full-time job and were paid at a rate comparable to their private-sector counterparts.

Also imagine that only 1 in 80 programs were terminated in the private sector. Imagine how many new jobs would be created and how low the unemployment rate would be. If only we could find a way that the private sector could be as productive and protected as government programs and jobs are. Instead of 80% of new businesses failing in the first 2 years (to be generous!), if only 1 in 80 actually failed. I imagine MORE people would try to start their own business with this level of success! When only 1 in 80 public sector programs are reduced or eliminated, the LEFT displays their complete disdain for those who support/pay for their failing programs. Instead of being concerned about those of us who pay THEIR bill, they are more interested in protecting a program that would never be allowed to exist if it were in the private sector (by the left, that is!). If 80% of businesses succeeded the tax income to the state would sky-rocket. The left won't even let real job creators happen. The pipeline coming from Virginia, through NC, is being rejected by the left even though it would improve some aspects of life in NC - it would provide more fuel to our state, as well as creating private sector jobs. The XL pipeline is despised and rejected by the left because ... Now there's a good question. Why does the left reject XL? It would create private sector jobs. It would provide more fuel to our nation. It would increase tax income to the government, at many levels. So, what's the downside to XL? Has ANY leftist answered this question? Nope. Has any media type ally of the leftists even asked this question? Doubtful!

What's to admire about the left? They circle the wagons when Billary sets up her own private email server at her house at the same time that she sends out an edict to State employees that using a private email account is illegal and grounds for dismissal. Yet, she does it, hides her emails, does not turn over her emails, and leftists come from everywhere to support her. Media types, allies of the left, do their best to protect Billary. Are media types doing their job of reporting news? Nope, just like the closed Poverty Center, people who don't do their jobs but still want support! Leftists can not be trusted with anything!