The North Carolina High School Athletics Association would continue to regulate high school sports in North Carolina, under a new version of the reform legislation presented and passed in a state Senate committee.

Carolina Journal has been reporting for months on efforts to reform high school sports and specifically the North Carolina High School Athletics Association. CJ wrote in-depth about how we got here, and it was not just because the NCHSAA has amassed an astonishing $41 million dollars in assets.

However, as first reported on July 27, after a contentious public battle, legislators and NCHSAA began working on cutting a deal, but so far no deal has emerged. 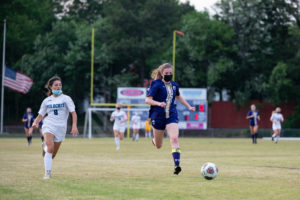 Under the proposal, the NCHSAA would continue administering high school athletics for public schools in N.C. if it agrees to certain reforms. The reforms would be cemented in a binding contract, with the State Board of Education.

“With this legislation, we seek to reform, not destroy,” said Sen. Vicki Sawyer, R-Iredell.

The NCHSAA would not be able to adopt new rules without first posting the proposed rule on its website and allow for public comment, and the association would have to comply with open meetings laws and public records laws. The organization would now be audited by the state.

The members of the NCHSAA board of directors would have to adopt ethics policies that would require them to avoid conflicts of interest and the appearance of impropriety.

NCHSAA Commissioner Que Tucker and several speakers from the NCHSAA spoke against the new version of the bill.

“I stand as commissioner in opposition of this bill as revised,” said Tucker.

“I am hard-pressed to find many aspects of the bill that put student-athletes first,” said Green Level High School Athletic Director Colin Fegeley.

NCHSAA Assistant Commissioner James Alverson angered some committee members when he said, “It’s hard to work with people who have a gun to your head.”

Among other requirements, the NCHSAA would have to lessen the financial burden on its member schools. Annual fees to schools would be reduced by 20% and NCHSAA could not collect more than one-third of net profits from any state tournament game.

NCHSAA would be required to make the organization’s handbook, rules, and appeals process publicly available at no cost. Board membership of the NCHSAA would also be required to include equal representation from each education district.

Charter and non-public schools can continue participating in the NCHSAA, but they would be bumped up a classification. This provision is a huge sigh of relief for the four private schools that are currently members of the NCHSAA, Bishop McGuinness, Cardinal Gibbons, Charlotte Catholic, and Christ the King who would have been prevented from participating in the new public-school league in the original legislation.

NCHSAA would no longer be allowed to:

Perhaps most importantly to many lawmakers, the NCHSAA will no longer issue fines for rules violations. A new independent appeals process will be created utilizing a panel appointed by the State Board of Education.