The struggle to repay student loans 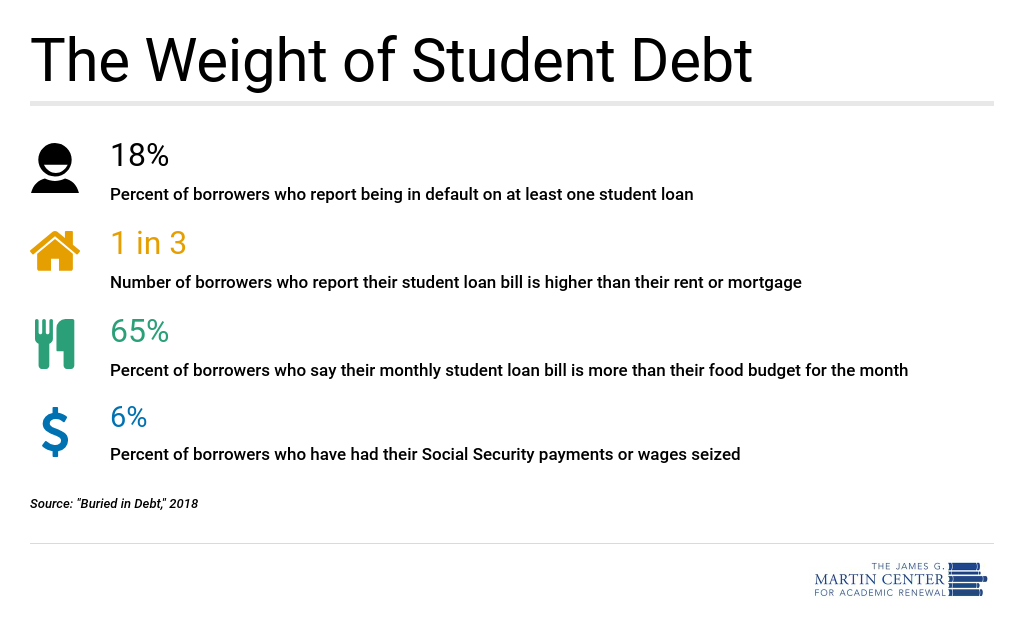 Each year, thousands of young people leave college with significant student debt. Most of those who choose the right majors, graduate on time, and find solid employment pay off their loans with little difficulty.

But students who never graduate, who choose the wrong majors, who take extra time to get a degree, or who can’t find lucrative, full-time employment often struggle with debt. A report conducted last year by Student Debt Crisis shows just how much student debt can burden young people. The report surveyed 7,095 adults with student debt from all 50 states in October 2018.

The survey found that many borrowers face financial hardship. In total, 65 percent of student loan borrowers reported having less than $1,000 in their bank account.

The full report is available here.

Get the children back in class
4:59 p.m. Thursday

Can you pass the citizenship test?
January 7, 2021