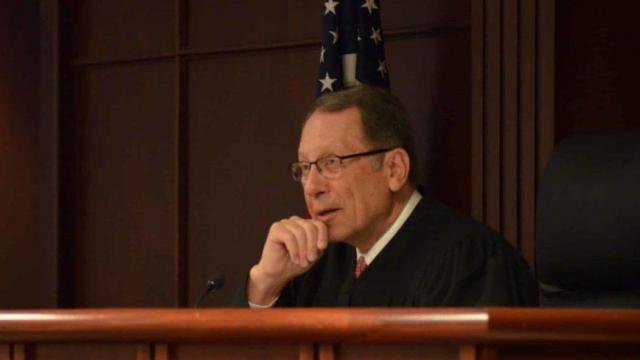 The silence from North Carolina’s leaders on the untimely passing of state Superior Court Judge David Lee – particularly those in the General Assembly – is loud affirmation of his hard work on behalf of the children of North Carolina and his determination that they get the quality of education the people of the state promise them.

Lee passed away at his home in Monroe on Oct. 4 from complications related to cancer. He was 72 years old. He’d served as a state Superior Court judge since 2003 through retirement as the Union County Senior Resident Superior Court Judge in 2016. Just months into his retirement, then N.C. Supreme Court Chief Justice Mark Martin, a Republican, imposed on Lee to replace Wake County Superior Court Judge Howard Manning in overseeing the administration of imposition of the landmark education ruling known as “Leandro.” Manning had stepped aside due to health issues.

In a deliberate and determined manner, Lee brought the opposing sides of the lawsuit – the plaintiffs of students, parents and neglected school systems and defendants that included the state of North Carolina and the State Board of Education – together to reach a consensus developing a methodical, practical and credible program to bring public education throughout the state into compliance with the promise of the Constitution.

While Lee left a considerable legacy of dedication to his profession and community, his devoted work to fulfill the promise of bringing a quality education to every child in the state alone exemplifies a life reflective of his noteworthy childhood achievements – attaining the rank of Eagle Scout.

His consensus building produced the 2019 “Sound Basic Education for All: An Action Plan for North Carolina” report drafted by the Friday Institute for Education and Innovation at N.C. State University, the Learning Policy Institute and WestEd.

Out of that report came the Comprehensive Remedial Plan along with a detailed 8-year timeline and cost projections for implementing it. https://www.ncforum.org/wp-content/uploads/2022/06/March-2021-Appendix.pdf

On Nov. 10, 2021 Judge Lee ordered the state to implement the plan. With that order, the reflexively partisan leaders of the state legislature – no friends of public schools they – not only engaged in massive resistance to obstruct implementation of the order but unwarranted denigration of his motives and objectivity.

The fate of Lee’s work remains uncertain – awaiting a ruling following arguments before the State Supreme Court two months ago.

However, his work and life leave a legacy worthy of an epitaph from his obituary.

“He valued the separation of powers and believed in the judiciary's impartiality.”

They are values he demonstrably lived by. It would be a fitting tribute – meaning much to North Carolina’s future – to acknowledge his wisdom and determined work and implement the plan that will bring a quality education to every child in every corner of the state.

Capitol Broadcasting Company's Opinion Section seeks a broad range of comments and letters to the editor. Our Comments beside each opinion column offer the opportunity to engage in a dialogue about this article.

In addition, we invite you to write a letter to the editor about this or any other opinion articles. Here are some tips on submissions >> SUBMIT A LETTER TO THE EDITOR