Why the governor can't veto redistricting

Well, up until 20 years ago, North Carolina governors couldn’t veto anything – bills, budgets or anything else. Ours was the only governor in all 50 states who didn’t have veto power.

What’s more, up until 20 years before that, our governors couldn’t run for a second successive term. They were limited to one four-year term.

The veto was passed in 1996 through an unlikely coalition and an unexpected election outcome.

The coalition was between then-Governor Jim Hunt, a Democrat, and state House Republicans.

For years, Republicans had supported veto power for the Governor. They even put it in their party platform. They resented how the Democratic-majority legislature dismissed, disregarded and disrespected Republican Governors Jim Holshouser (1973-77) and Jim Martin (1985-93).

Legend has it that, when Governor Martin sent over his biennial budget proposals, Democratic legislative leaders would hold a little ceremony and dump the document into a trash can. 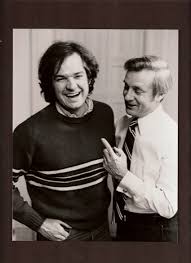 Governor Hunt, who had served two terms from 1977-85, won a third term in 1993. He supported the veto. Senate Democrats, led by Senator Marc Basnight and including then-Senator Roy Cooper, also supported it. But the House Democratic leadership strongly opposed it. They wouldn’t even let the issue come to the floor for a vote.

Then came 1994 and President Bill Clinton’s first mid-term election. Republicans led by Newt Gingrich and his “Contract With America” won a nationwide landslide.

In North Carolina, for the first time in the 20th Century, Republicans seized the House. And Governor Hunt seized the opportunity. Veto was part of the GOP’s “Contract With North Carolina.” Hunt asked the legislature to pass it.

Some Republicans had second thoughts: “We’re going to give Jim Hunt the power to veto our bills?” But they kept their commitment.

Still, some Democrats were needed. As an amendment to the state Constitution, the change required a three-fourths majority of both the House and Senate – and had to be passed in a statewide referendum.

Governor Hunt put his allies and lobbyists to work in the House. One day they came to his Capitol office with good news and bad news: They had enough Democrats, but only if the veto didn’t cover redistricting and local bills.

Hunt wasn’t happy, but he agreed to the compromise. Veto passed the legislature and was approved in a statewide referendum in 1996. The same year, Hunt was reelected to his fourth and final term.

Almost 20 years earlier, in 1977, his first year as Governor, Hunt got gubernatorial succession through.

Most every Governor had supported succession. But Hunt thought they had all made a mistake by saying, in effect, “Do it for the state, for future governors, but not for me.”

That sounded noble. But it never worked.

Hunt figured that if succession applied to him, people in the deep and broad statewide organization that he had built in his 1976 campaign would have a reason to work hard for the issue. After all, they’d have a friend in the Governor’s Office for four more years.

Succession required a constitutional amendment, and there was tough opposition. Lt. Governor Jimmy Green, a conservative Democrat who wanted to run for Governor in 1980, opposed it. Senator Sam Ervin spoke out against it. But Hunt got it through the legislature.

During the referendum campaign that fall, Senator Jesse Helms’ political organization, the Congressional Club, ran ads against succession. But the amendment passed narrowly.

Succession and veto made the Governor a stronger executive and a much-needed check on the legislature.

Just not on redistricting.